Statues of George Floyd, John Lewis and Breonna Taylor unveiled in Union Square
It was a breaking point following George Floyd’s murder — a painful period in our city and country, but now out of such an ugly time, comes change.
They sit in the southern part of Union Square – statues of George Floyd, John Lewis, and Breonna Taylor.
“The exhibition is entitled “See Injustice” — in one way or another, each of these individuals saw injustice,” said artist Chris Carnabuci.
Each statue weighs about 1,000 pounds and is made of 200 thinly-cut slices of African Mahogany, then topped with a glistening coat of bronze paint.
The exhibition is the brainchild of Confront Art, and is the organization’s first installation.
“These faces, although so different in the movement , do relate and we needed them to all be together and now are so much more powerful having them together.
Terrance Floyd is honored to have his brother’s sculpture so prominently featured.
“This is the first time there’s been a sculpture like this in NYC, usually it’s a mural on a wall, so change is here, change is here,” he said. 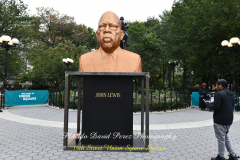 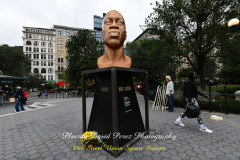 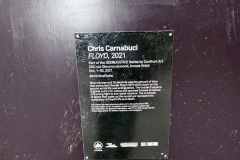 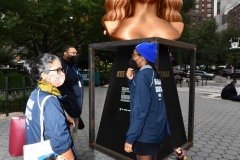 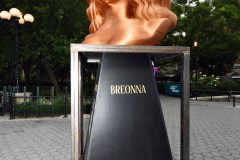 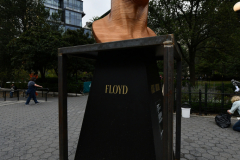 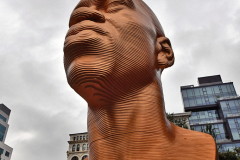 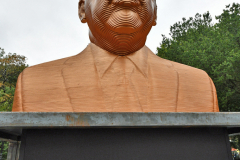 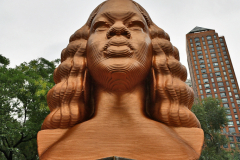 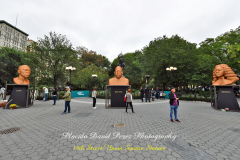 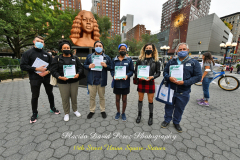 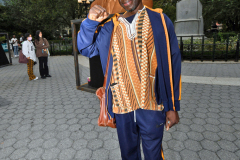 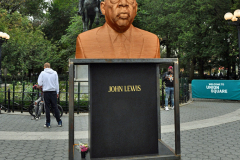 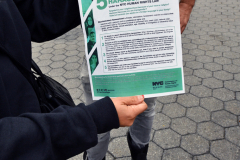 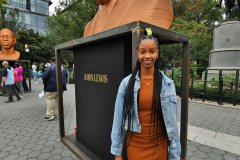 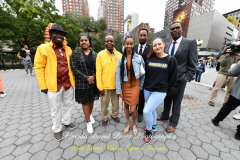 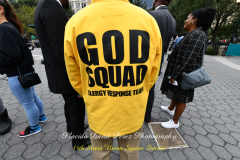 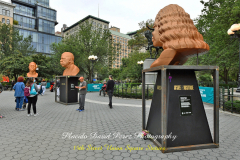