An unidentified man delivering food to a local household in Canarsie, Brooklyn, was struck on his motorized bike by a BMW driver as he rode down East 84th Street near Flatlands Avenue Tuesday night. He man was left unconscious after suffering a head injury. He was rushed to Brookdale Hospital in critical condition. The driver remained on the scene as police investigated the crash. 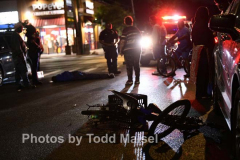 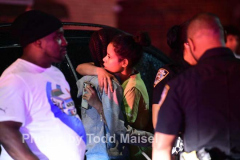 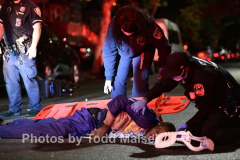