An explosion that blew the roof off a Jackson Heights, Queens apartment building may have been part of suicide of a man found stabbed dead in his top-story home, police sources said Wednesday. Anesti Bulgaresti, 26, suffered from depression and other ailments and had been unemployed for two months before Tuesday morning’s explosion, cops said. The blast destroyed the 7th floor penthouse apartment and left large chunks of the wall precariously tilting towards other structures below. Its cause remains under investigation. 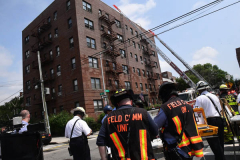 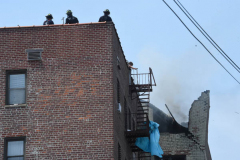 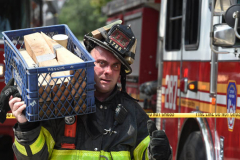