In a press conference in Manhattan, New York Senator Chuck Schumer holds up a photo of a soviet made MiG 29 fighter jet. Schumer is in negotiations with Poland and other Eastern European countries to donate aircraft to Ukraine in aid toward their fight against Russia. Schumer is also negotiating within the Senate on an emergency aid package for vulnerable populations inside Ukraine. Sunday, March 6, 2022. 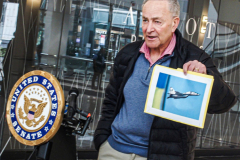 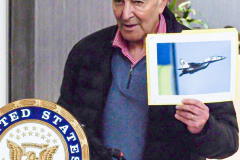 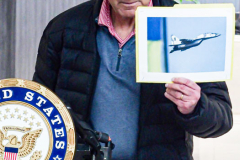 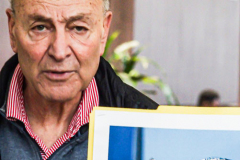 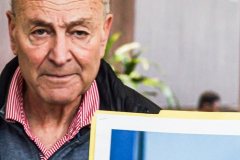