The interaction of Lilac Court and Forest Avenue was renamed in a ceremony on Friday, April 22, 2022 for Nicholas M Troianiello, a World War II veteran of the Battle of Iwo Jima who served with the Marines. Upon returning from service, he joined the FDNY and rose to the rank of Lieutenant, serving in Ladder 15 in Manhattan. He was a Purple Heart recipient.
At the ceremony, many groups gathered to honor Mr Troianiello including The Marine Corps League, the FDNY Retirees Association and current members of the FDNY. Also in attendance were Congresswoman Nicole Malliotakis; Boro President Vito Fossella; City Councilwoman Kamillah Hanks and two color guards: Marines 6th Communication Battalion and the FDNY Ceremonial Unit. The Marine Corps League gave a 21 gun salute, and Frank Montella played Taps. Carmella Montella needed a box to reach the microphone as she delivered the Invocation. 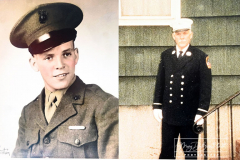 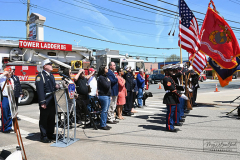 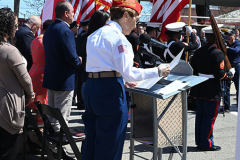 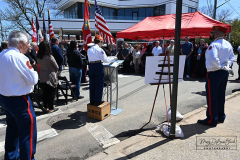 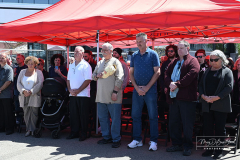 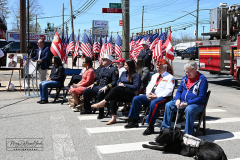 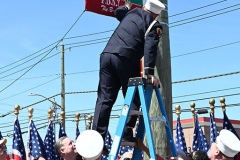 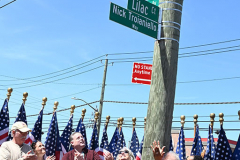 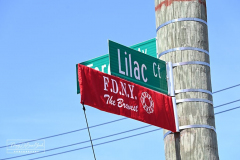 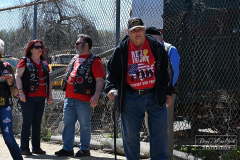 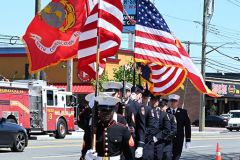 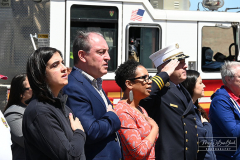 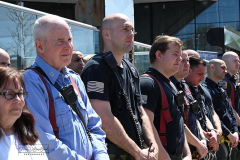 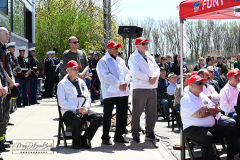 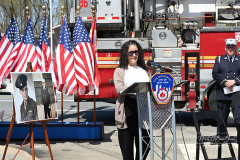 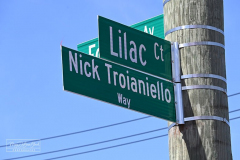 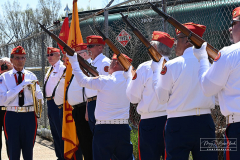 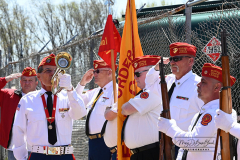 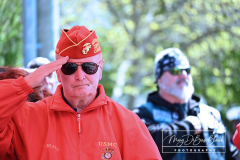